I only recently became interested in fan-translated content due to (what some might refer to as blockbuster) webtoons. This led me to discover mangadex, and while reading "Monku no Tsukeyou ga Nai Love Comedy" I saw this website denoted in the end credits for some of the chapters browsed. On the website I saw the link to a recruitment posted back on mangadex, and the blog-like thread carried such an air of magnetizing cynicism I couldn't help myself and decided to delve into the community from which such charming humour was cultivated.

My name is Kia. I'm an aging 26, but at the moment I am pretty content as a housewife that enjoys part-time cashiering. I drive a pickup truck, am a classic otaku when it comes to anime, and most all of my free time is dedicated to powerlifting in some way shape or form. Definitively high-fantasy, reverse-harem, game, and isekai are my beloved favourite genre's when it comes to manga and webtoons. Ah, I'm also Korean-American. No knowledge of Korean though, sorry

Nice to meet you all! I hope I can make lots of good friends.

P. S. Please forgive any typos, as I'm almost always on my phone and I miss the auto-correct discrepencies at times. Thanks!

Wow, I'm rather amazed that an old release of ours brought you here. Welcome, and if you'd like to hang out in our Discord channel, it's https://discord.gg/9kTthjW .

However, let me clarify something about those releases of "Monku no Tsukeyou ga Nai Love Comedy". Although we're credited along with Oni-Scans, in truth that was a pet project of our former Head Proofreader, PervySageChuck. He probably asked for joint credits for both groups, but the rest of our staff, myself included, didn't even know that series was being done by him. That kind of thing does happen with some frequency in scanlation, especially with older groups like ours.

Be that as it may, I wrote those recruitment posts in MDex, and your lovely feedback tells me I should write another one sooner rather than later.

I'm sad to say that the genre range of Death Toll projects overlaps very little with your tastes But you might wish to check out our only fantasy project, Rain. It's manga, though. We do have a webtoon in the fantasy genre, but it takes place in the regular world, not in another one. It's called Promised Orchid. (You can find the prologue and chapters 1-4 in Mangakakalot, Toonily or Kissmanga, and we're releasing the more recent ones in Mangadex.)

Thanks for the kindness!
Top

Thanks for the disc invite!

I did get the impression it was a collaborative effort from PervySageCharles, but what made me want to check y'all out was the "recruitment blog" for sure!

My favored genres are just what stir my depravity most at the moment. They don't encompass the entirety of my taste, so no worries there. Someone as greedy as myself will have no troubles finding their fun.

Thank you for the suggestions as well 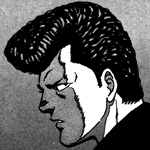 I'm honestly surprised anyone ever finds their way to this hidden corner of the internet... If you have a discord, a lot of group members tend to hang around there. I often bring up random manga I find or think are interesting there. Would love if you'd consider joining us. Otherwise, feel free to hang around here. Though it might not look like it, people are reading :P
If a link of mine that you need is broken, message me
Top
Post Reply
4 posts • Page 1 of 1

Return to “Introduce Yourself”