And hiatus might happen, sadly, as our cleaner seems to have disappeared! In any case, here's the chapter:

It's also available via IRC and Batoto and can be downloaded from the reader, too.

Nooooo! Just typical. Maybe the cleaner probably had cold feet or couldn't handle the workload? Thanks for the chapter though. I don't understand why more people aren't into this series. It's very unique and it's not chocked full of shounen cliches. It's one of the few manga I download to keep, so I hate seeing the dreaded "hiatus" pop up again.

That read at the end was killer. You should have talked about the cleaner first, then rattle on. Not to offend, because I do it often myself. Also--and I HATE to say this--you should think about using laymen terminology more often. Most people's vocabulary doesn't stretch that far, sad to say. I doubt most people bothered to peruse your exceedingly long notice after the second paragraph. It brings me joy seeing somebody who is articulate and has an extensive vocabulary that they use. I'm not used to seeing a large portion of those words on the internet, unless somebody is trying to act smart (not saying you are, but I'm sure there's some that do). Still, to grab attention of the masses, you must dumb down your diction and make it shorter. Even for me, that's a tough feat. I love to rant and rave about the dumbest shit

As awful as it sounds, perhaps you should release a uncleaned chapter with just the text deleted or boxed over. That may get people applying.

With that said, I have a question. What ever happened to Uruner? Did he retire? I've been w/out a computer for about 1.5 years, so I'm a bit out of touch. See, I rattle on too

Thanks again for the chapter. I really hope you guys find a cleaner. I'm woefully inexperienced and I find the work infuriating when I can't get it perfect. I've tried and wasted hours on one page. Drives me nuts because I'm a perfectionist. I think I've already said that a few releases ago, but whatever. Good luck!
Top 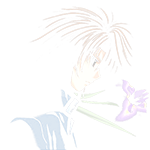 Uruner vanished on us
I'm cleaning 53, so at least the hiatus won't happen after this chapter!
Top
Post Reply
3 posts • Page 1 of 1